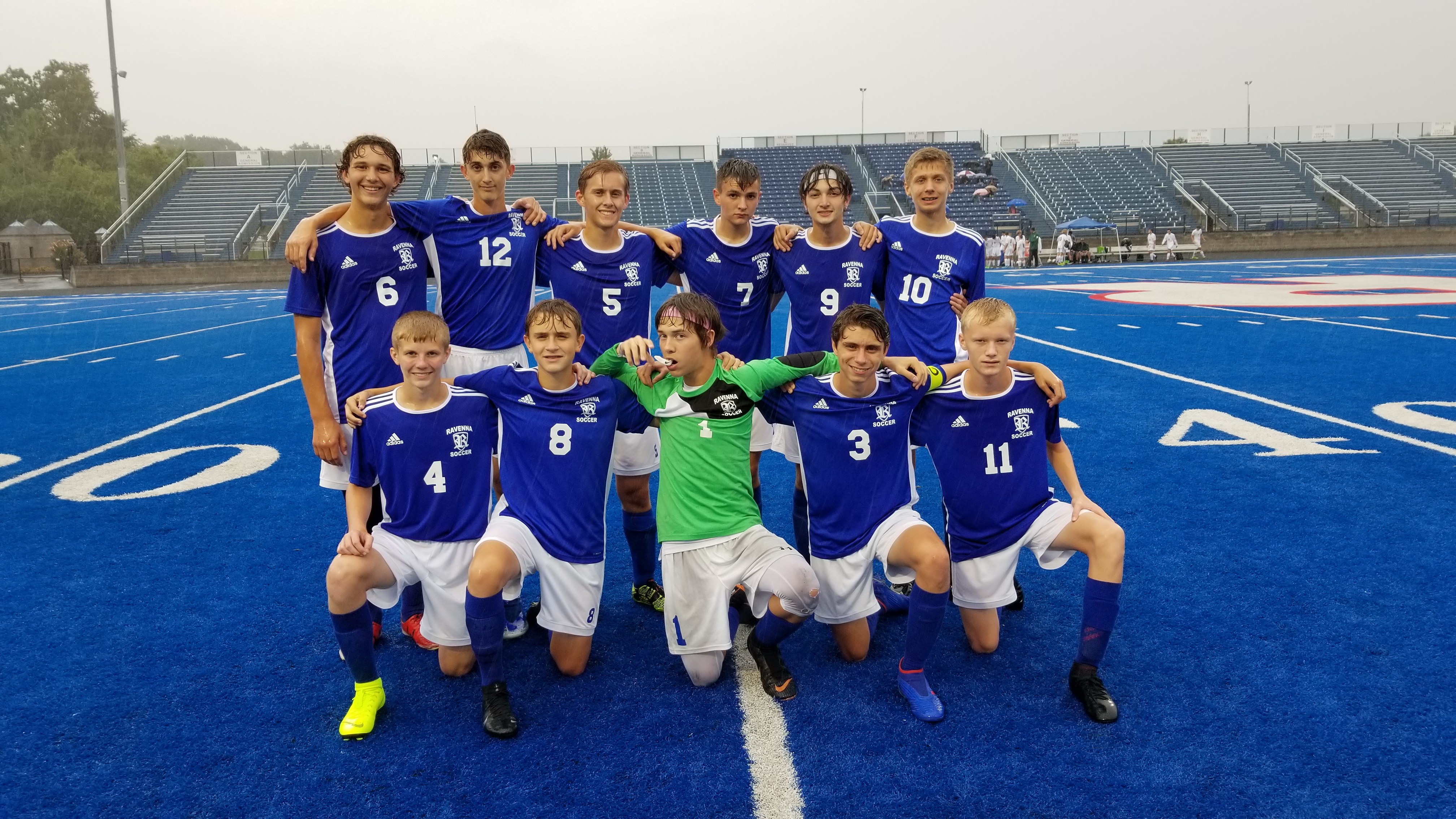 Austin England’s two goals were enough to see the Ravens through to a win in their first PTC Metro conference game. England opened scoring in the first half on a header assisted by Nick Iurato. Cloverleaf tied the score before the half on a hustle goal by Blake Musick. England would put the Ravens ahead for good with a second half goal assisted by Mason Ward. With the win Ravenna improves to 3-1 overall and 1-0 in the PTC Metro.